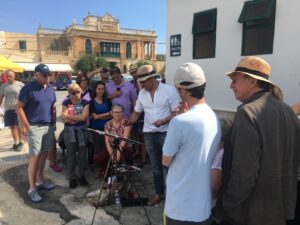 Today we went to Marsaloxx, a fishing village in the south of Malta. Alvaro was looking a little in front of the wharf and decided to do a painting overlooking some big boats. It was difficult to find a place to paint, there were boats everywhere. He composed very free. Used viridian green in the water, which was not good. Added a shadow in the foreground to get the water to glow. He worked a lot with the focus point, the boats in the foreground. I was very fascinated by how quickly and easily he got to the city in the background. Very good. 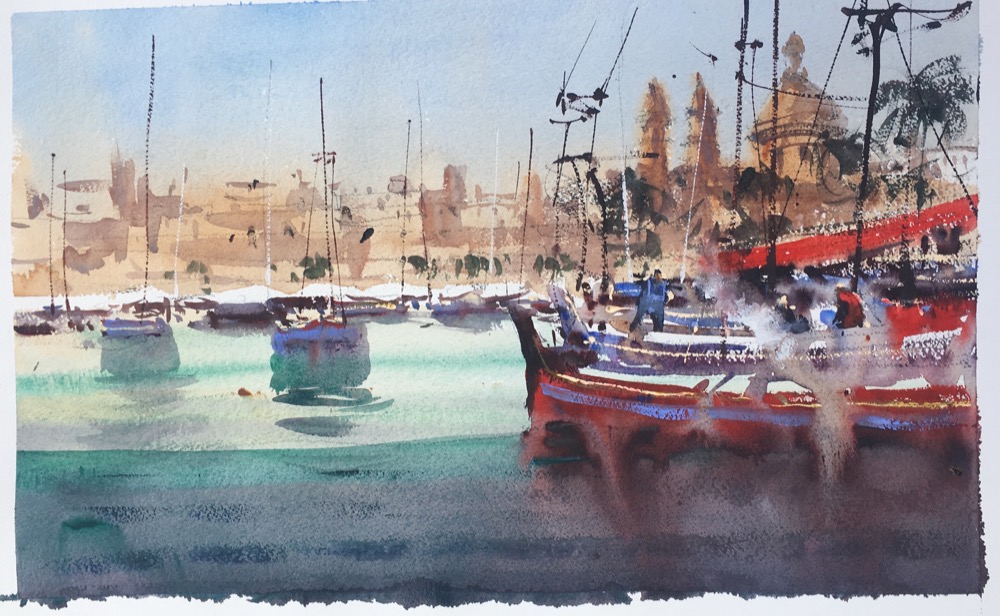 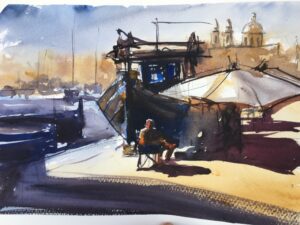 Then we got to paint ourselves. It was difficult to find a place because the sun was strong. I found a place next to some salesmen, a piece of their awning. Again the weather forced us to the site selection. I tried to make the city in the background as Alvaro had done it. Behind the car sat a man in a chair in the shade and I took a few steps and put him in the picture. I did not paint the car. I thought it was good and Alvaro came by and liked 😉

When I was done with the picture Alvaro thought that I had made it too dark in some areas. There should be only a “darkest dark” and it would have been around the figure. The buildings were okay and the boats were well painted, but they were too dark. The red shade was good. He was absolutely right, and someday I’ll paint this picture.
Then he made a demo below the square, a view of the water and the boats. He completed the picture piece by piece ended with the boats in the foreground. He talked about making the focus point first. Interestingly, his boats were not Maltese boats, he made regular boats with masts. It was very good.