Today it was planned that we would paint the inside of the hotel but Alvaro walked to the square of Bugibba. There, he quickly sketched up one street. Talked a lot. Alvaro put the first wash, where the colors had to flow together. Once the image has dried, he painted only a few dark trees in one corner. He began with something that was really dark. Tough, I thought .

Then he completed the picture piece by piece, he painted finish one wall of the house, completely finished, before continued on another part of the painting. He problems with the car which he removed a few times started it over again. The colors were not so good, he was better at the beginning of the week.

Afterwards, he talked a lot about the philosophy of painting. You have to paint with feeling, it must come from within. Paint for the fun. Learn from mistakes. He went on and on.
Then there was a group photo and farewell.

Thanks, Alvaro, it was a great week! 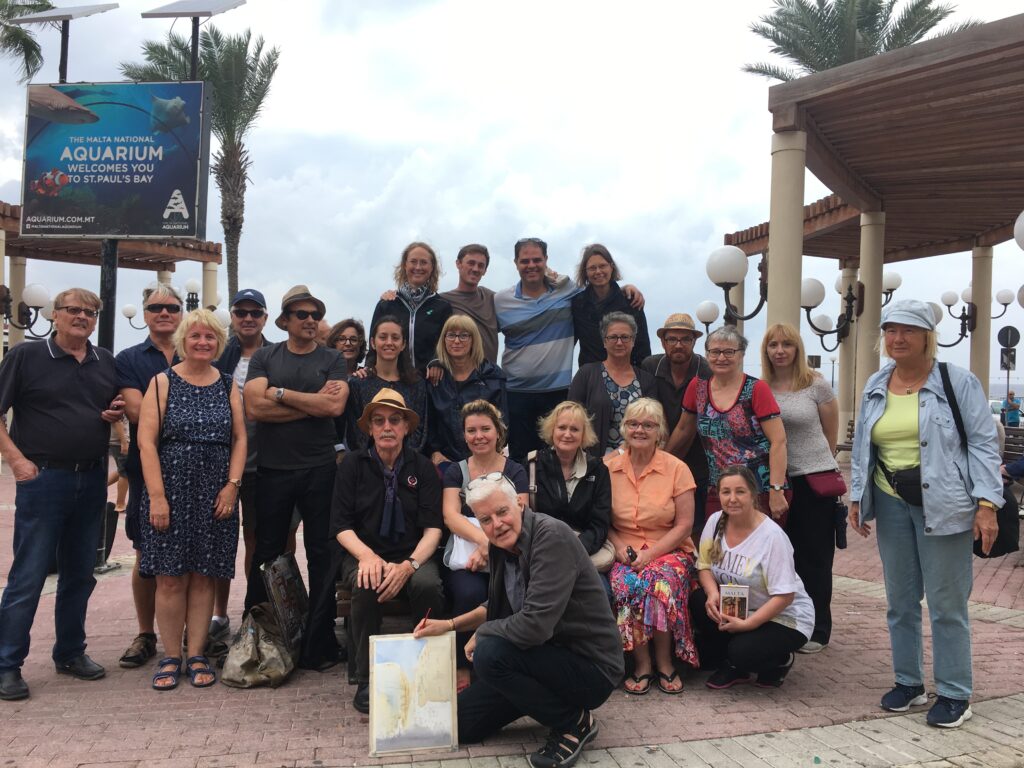